On November 7, 2022, the Archaeological Institute of America announced that our project had been chosen to receive its 2023 Award for Outstanding Work in Digital Archaeology. AIA is the oldest and largest professional organization for archaeologists in the United States. 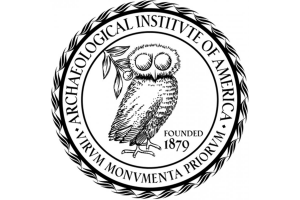 The award recognizes how we developed innovative approaches to documenting ISS as an archaeological site. We’ve used them to examine the ongoing phenomenon of crew-created visual displays on ISS; to document the processes created by NASA contractors to handle ISS material culture (i.e., cargo) returned from the station; to identify patterns in the occupation of different modules by gender, nationality, and space agency affiliation; and to study the associations between items, spaces and crew members in NASA photos and databases. From January to March 2022, we executed the first archaeological experiment in space, designating six sample locations on ISS for daily photography. This work was sponsored by the ISS National Lab and carried out by four US astronauts and one European. Chantal Brousseau, a graduate student at Carleton University, built a web-based tool for us to locate and identify each item in each photo; the data entered will subsequently be used to train a machine learning algorithm to automatically label objects in historic imagery.

We look forward to receiving this award at the AIA Annual Meetings in New Orleans in January!