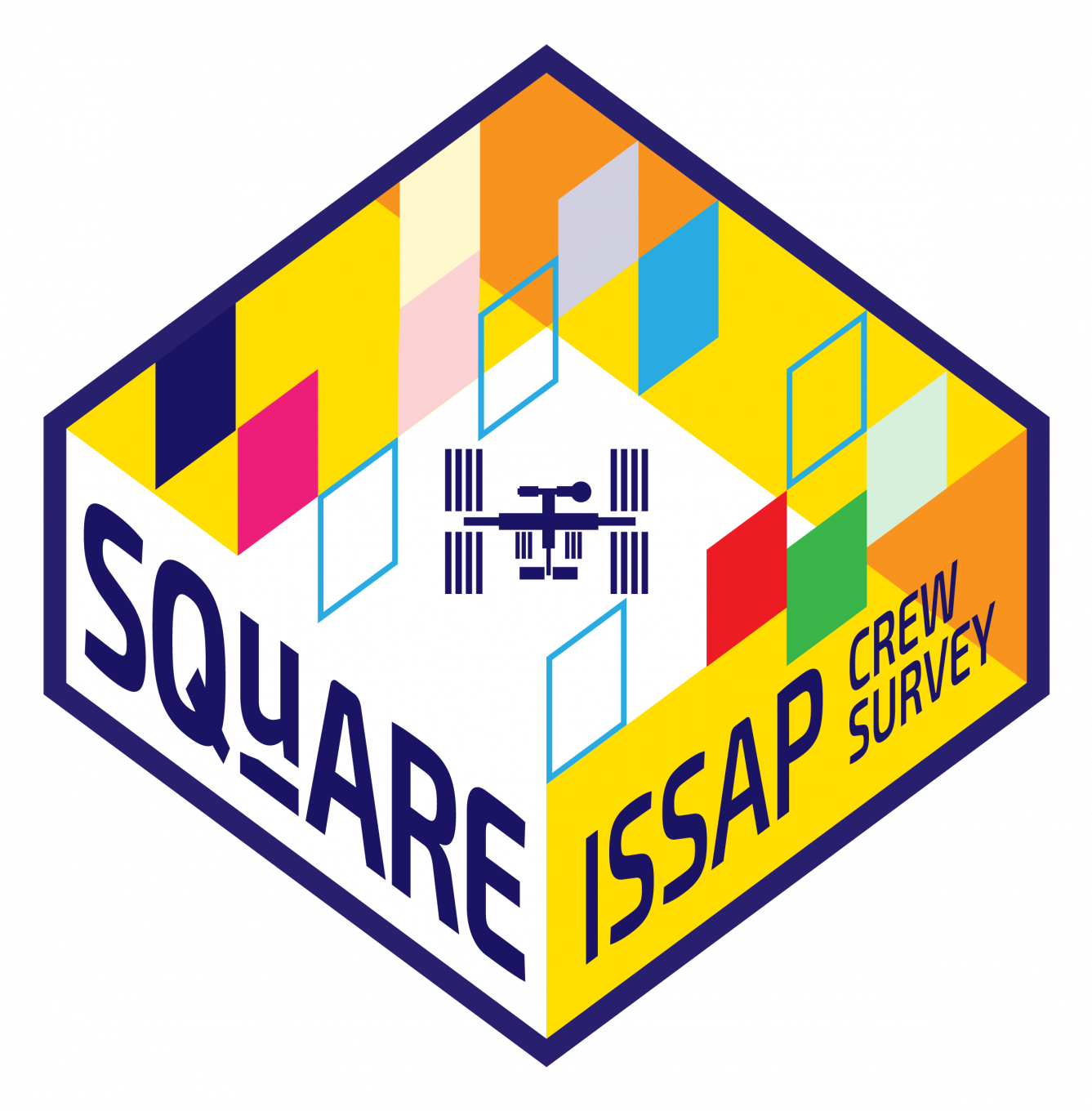 We are extremely excited and proud to announce that the first archaeological study ever performed outside the Earth began today, January 14, 2022. At 1410 GMT, NASA astronaut Kayla Barron set up an experiment consisting of six sample areas in as many modules that will be documented by the crew for us every day for the next 60 days.

Before we explain the experiment in detail, first a little background. We’ve been working on this project since December 2015. From the very beginning, we’ve been trying to think creatively about how we could capture data to help us understand the International Space Station from an archaeological perspective.

We had to be creative, because we aren’t allowed to visit the ISS ourselves, the way we would visit a terrestrial archaeological site to study it. And little by little, we’ve been honing our techniques, and putting them into practice, seeing what works and what doesn’t (and what’s feasible and what isn’t). We’ve made photography a key element of our work. There’s lots of it – tens of thousands of images (a fair amount of them publicly available) showing most aspects of the crew’s lives. We’ve already published a couple of articles on our blog and in peer-reviewed journals, like this one and this one, about some of them. But these photos weren’t taken systematically, and they weren’t taken with our needs in mind. So we also started to think about how we could get documentation the way that archaeologists would do it, focusing on in-person site documentation. For that, we’d need the crew to take on the role of archaeologists.

In 2018, we met with folks from the Center for Advancement of Science in Space (CASIS), a non-profit organization chartered by the US Congress to manage external research on the ISS, in what is called the ISS National Laboratory. CASIS has allocations of launch and return capabilities to the ISS, as well as crew time, which it gives to researchers for their work. We suggested a series of experiments that ISS crew could perform. To our surprise, their reaction to our initial proposal was immediately enthusiastic: “Looks great. I read it and it is so important and yet so simple I want to laugh.” Unfortunately, they could not fund us beyond the allocations of time and launch/return, so that left us looking elsewhere for money to buy equipment and study any returned samples. We also started identifying collaborators from a wide range of fields: sociology, design anthropology, industrial engineering, aerosol science, soil science, and architectural design.

By December 2020, we submitted a funding proposal to the National Science Foundation for support of seven different experiments that would ask crew to perform various activities, from swabbing surfaces, to recording sound, to making videos discussing their experiences. While we were waiting to hear the results, CASIS reached out to us in February 2021, wanting to know if there was a part of our proposal that could be done immediately, without having to fly any equipment or samples. It turned out that some other experiments scheduled for late 2021 had to be postponed, and with more crew members on board, there was the potential for some excess crew time that could be available to us. But we couldn’t send anything to the space station because the window of opportunity was not very large, and it takes a long time to get items approved for launch and placement on ISS. (We learned that there are 127 steps to get approval for a new item to be sent to ISS!)

As it turned out, we did have an experiment that met the requirements. It was based on the most basic archaeological technique for sampling a site: the test pit. Archaeologists divide a site into a grid of squares, then select individual squares to dig so that they can get a better sense of what the site as a whole is like. Most often, these squares are 1 m by 1 m in size so that several can be excavated in a short period of time. So our experiment proposed placing 1 m squares on walls throughout the space station. Instead of digging them to reveal new layers of soil representing different moments in the site’s history, we would photograph them each day to identify how they were being used, and how they changed over time.

The squares would be placed in five locations: the galley table in Node 1; the starboard workstation in Node 2; two EXPRESS science racks, one each on the forward walls of both Kibo and Columbus; and the wall across from the Waste and Hygiene Compartment (the latrine) in Node 3. One more square location would be chosen by the crew, based on their assessment of what would be interesting to document (this square is placed on the one of the racks on the port side of the US laboratory module, Destiny). We are looking at areas of work and leisure, at areas belonging to different agencies, and at areas where there are likely to be a lot of changes and where there are likely to be few changes. All we needed to perform the experiment were a camera, yellow kapton adhesive tape (for marking the corners of the squares), measuring tape, a color calibration chart, and a ruler (for scale). All of these items are already on ISS. For the first 30 days, photos will be made at approximately the same time each day, while for the second 30 days, they will be made at random times, allowing us to assess which strategy is more useful.

We sent this idea to CASIS, and amazingly received their approval in a matter of days. In March, we made photos showing how the squares should be made. (We did this in the Guggenheim Gallery on Chapman’s campus, next to the ISS photos by Paolo Nespoli and Roland Miller in this exhibition).

By April, Axiom Space agreed to be our implementation partner, managing the logistics of planning and carrying out the experiment, and – since we were still waiting to hear about our NSF proposal – Chapman University agreed to cover the costs of our work. We came up with a name and a nifty acronym, because everything in space has to have one: the Sampling Quadrangle Assemblages Research Experiment, or SQuARE. And we got our friend @cheatlines to design an amazing mission patch.

By September, the payload integration (planning) meetings began with NASA, and now here we are, only eleven months later, with an actual experiment happening on the ISS! (We’ve been told we’re the fastest experiment, from proposal to execution, in the history of the ISS program.)

We’ll have semi-regular blog posts about the SQuARE experiment as it progresses, in which we’ll discuss some of the challenges of adapting our initial proposal to the requirements of life on the ISS, as well as preliminary observations and results. It was already thrilling for us to watch live video of Kayla Barron setting up the first square in the Japanese Experiment Module (Kibo) – and providing feedback to her. We’ll be able to share photos with you soon!

Since this is the first collection of archaeological data ever attempted in a space habitat, we’re not exactly sure what we’ll find. It is an experiment, after all. But we are sure that the results will illuminate aspects of life in space that no-one, not even NASA, has ever known before. We can’t wait to share what we learn with you. So stay tuned!